Desperados: At some point, almost every political campaign descends into a debate about debates: A trailing candidate publicly calls on her rival to agree to a series of, oh say, 13 or 14 debates over the weekend, because “the voters deserve to understand the important differences between us on key issues.” At which point the front-runner condescendingly demurs, saying what the voters really want is to “hear directly from both of us, without the 30-second sound bites of commercials.” It’s a traditional piece of political kabuki theatre that usually pops up in the final days or weeks of a race, when a contest is all but decided.

So it was a bit surprising Thursday to see the three Republican contenders for governor suddenly don [mixed metaphor alert: we’re very multicultural here at Calbuzz] kimonos and kumadori to begin enacting the debate over debates ritual, 404 freaking days before the primary election.

Insurance Commissioner Steve Poizner, performing Act I, released a letter brimming with civic sanctity that called on rivals Meg Whitman and Tom Campbell to join him in two debates about the May 19 ballot propositions: “Such debates represent the political process at its best.”

Former everything Campbell nearly broke a leg running onto the stage for Act II, in which he accepted the invitation: “California voters deserve to know where the candidates stand not just on these measures, but what they propose as a realistic solution to our budget crisis if they oppose them – especially Proposition 1A.”.

But former eBay CEO Whitman, bringing conflict and climax to Act III, dismissed Poizner’s invite with a sneer: “We smell desperation,” Whitman mouthpiece Rob Stutzman told Calbuzz. “The cheap and stupid stunts are suggesting that (Poizner) is taking his place in the polls seriously — as also-ran.”

At which point Poizner flack Kevin Spillane played for a curtain call: “So the Whitman campaign is now confirming they believe public debates on issues by gubernatorial candidates are cheap and stupid stunts,” he told us. “That also confirms their view of the California electorate. Apparently voters should just shut up and be grateful Meg Whitman is blessing us with her candidacy for Governor.”

[Can you tell Calbuzz just loves this stuff?]

As a practical matter, the Poizner-Whitman family feud is all about tactics, not substance, as the two of them agree on three of the five budget props; the big difference on the props lies between the two of them and Campbell.

The bottom line: All three of the Reps are desperate, at least mildly, in his or her own way: Poizner, to raise his public profile by aggressively setting the pace of the race, and Campbell, for any kind of attention to overcome his financial handicap against the two Richie Riches. As for Whitman, she’s starting to seem rather desperate to avoid uncontrolled public exposure entirely, not the kind of behavior you normally see in your candidates for governor.

[PS: Since posting we noticed that our colleague Jon Fleischman over at Flashreport has offered to moderate a debate on Prop 1A with Whitman and Poizner against Campbell and Schwarzenegger: nice promotional idea Jon!] But the high cost, high tech, high production value of the event seemed a tad, well, high end, for a bunch of college kids, no matter how entitled:

Elliot (Shia La Beouf): Gee, Brianna, I really feel like honoring Gavin Newsom – but what the heck can we do?

Brianna (Mischa Barton): Oh…My…God! We could so put on a show!!

So Calbuzz padded off to learn who actually put the thing together. The press release trumpeting the event was unusual in that it had no contact phone numbers; when we checked the listed web site – www.blockpartyforcaliforniasfuture.com – it was a shell that was registered by TCR Studios of West Sacramento. That turned out to be one of the IT shops used by Jason Kinney of California Strategies, the premiere engulf and devour Capitol consulting firm.

Kinney, who coincidentally rounded up corporate contributions for the bash, and who happens to be a close ally of Gavin Newsom’s, directed our questions to Claremont McKenna College student Nick Warshaw, the president of CCD. Warshaw said he was in on all the decision-making, but acknowledged that Kinney or his people handled the permits, staging, sound, video, bands, security, you know, stuff like that.

Beyond the widespread media bounce, Newsom ended up with the name, address, phone number, email address, and Facebook and Twitter data from about 3,000 young Democrats and others who signed up for free tickets to the Wyclef concert.

So was it a Newsom event, with CCD as the beard, set up so everyone would think the “honored” Newsom is the darling of young people? Or was it a CCD event, organized with a big assist from Newsom allies? Or is that a distinction without a difference? The trio agreed to serve as co-chairs of the new Technology Leaders for Boxer committee. Lining up Chambers, especially, reminds us of Bill Clinton’s move in 1992, when he snared John Young — Fiorina’s predecessor at HP. When Republican business leaders like Chambers support the Republican candidate, it’s dog bites man; when they back a Democrat, that’s man bites dog.

Leon Air, Newest Carrier in the West: Catch the details of how CIA Chief Leon Panetta gets charter treatment commuting from Monterey to Langley here. END_OF_DOCUMENT_TOKEN_TO_BE_REPLACED 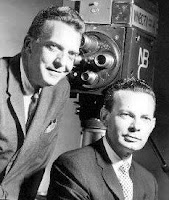