The Envelope Please: Winners and Losers from State Dem Meeting

If there’s one thing Calbuzz can’t stand, it’s that whole self – esteemy, kissy-mama “We’re All Winners” thing, where every rug rat who shows up for after-school league soccer practice goes home with a red ribbon and a cheesy trophy. Politics is all about winners and losers and there were plenty of each at the California Democratic Party state convention last weekend. Here’s our user-friendly guide to both:

Winner: Debra Bowen. The SOS, a young, smart and very competent rising star, got one of the weekend’s warmest receptions from the delegates. Not to mention, she’s one of the few denizens of Sacto without a single fingerprint on the budget debacle and the looming special election disaster.

Loser: Darrell Steinberg. In his maiden voyage into statewide visibility, the Dems’ state senate leader bet the house on the budget deal embodied by the May 19 ballot props. On Sunday, he lost the pot, when SEIU and AFSCME outmaneuvered him to block an endorsement of Prop. 1A; Steinberg’s post-game effort to declare victory was beyond lame, and only made matters worse.

Winner: Tacos. Assemblyman Hector de la Torre, who’s running for Insurance Commissioner, showed a political talent that approaches sheer genius by throwing all his resources at the key feature of campaign organzing: free food. Hector’s taco giveaway on the K Street mall was mobbed by convention goers who made it among the best-attended events of the weekend.

74 powder blue 150 hp, 318 cu. in. V8 Plymouth Satellite (list price $3,342), the iconic image of his first turn as governor, was sweet and sentimental, but it served to underscore the historic set piece nature of his event at the Governor’s Mansion, which itself is a museum, ferhevinsake.

Winner: Gavin Newsom. S.F’s pretty-boy mayor did everything he needed to do to introduce himself to party regulars and insiders in a big way, instantly establishing his credibility as a statewide candidate. If Prince Gavin learns to turn down his constant charm offensive a notch or two, he could be formidable.

Loser: Antonio Villaraigosa. We’re still searching for the urgent, this-just-in bulletins on the big “crisis” budget talks that forced the L.A. Mayor to stiff the convention at the last minute. Tony V’s already hampered by his inability to raise money for a gov’s race before late summer, and skipping what traditionally is the kickoff event didn’t help establish him as a force in the contest.

Winner: SEIU and AFSCME. Fearful that Prop. 1A’s spending cap will mean lost jobs and wages for their members, the two public employee unions, with an assist from the liberal netroots, out-organized and out-hustled the Democratic legislative leadership to deny the 60% vote needed for a party endorsement of their deal-with-the-devil initiative. If 1A goes down, though, these same

union leaders will be on the hook should the prop’s supporters be right in their sky-is-falling prognosis of more and worse budget cuts to come.

Loser: California Teachers Association. The teachers are in a truly awkward position, in bed with Arnold on Prop. 1A, in order to win approval for Prop. 1B, which is what they really want. The Demo delegates endorsed 1B all

right, but it was a hollow victory for CTA ‘cause all bets are off unless 1A passes first. Despite heroic efforts by their consultants to fashion a silk purse, CTA is stuck with a sow’s ear.

Loser: Bill Lockyer. To his credit, Mr. Treasurer tried to lighten things with a

Power Point presentation of the Top 10 movie remakes to come out of the recession. But Good Lord, man, stop the droning and watch some Letterman re-runs: Top 10s only work if they’re short and punchy to the point. 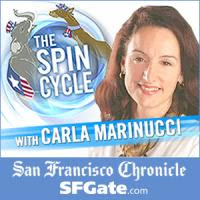 Winner: Carla Marinucci. Watching Chron teammates take buy-outs by the score, the Chron’s political chief does it all, racing around and schmoozing at warp speed while covering all the bases, in print and online. She scored a coup by video-blogging Brown giving her a tour of the governor’s mansion, a scoop that turned Calbuzz green with envy. 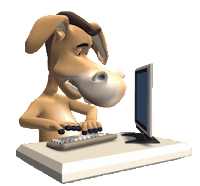 Loser: Liberal bloggers. We love the energy, smarts and passion of our netroots colleagues on the left, but seriously, guys and gals, there’s no cheering in the press box. The sycophantic questions for Barbara Boxer were bad enough, but the applause at the end of her press avail was truly over the top.

Winner: Ben Tulchin, of Tulchin Research in San Francisco, who dropped a governor’s race poll into the mediasphere just before the convention opened, guaranteeing that it would generate buzz –- positive and negative, alike — for his newly-established survey firm.

Loser: Traditional news media. If their survival depends on making themselves indispensable to their hometown readers, the newspapers demonstrated anew that th 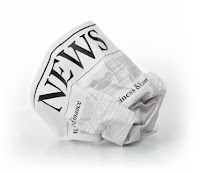 ey’re 24 hours late and $14.95 a month (or whatever the going subscription rate is) short.