Friday Fishwrap: Sifting the Entrails of the Sacramento Crowd

Whee the people: The Just Say No message delivered by voters on Tuesday set off a post-election scramble among politicians to denounce everyone and everything to do with Sacramento except the Camellia bushes.

Notable among the heated rhetoric were remarks by GOP guv hopeful Steve Poizner, who tried to sound as if he’d never even visited the place, but was delivering his remarks from, oh say, Bhutan, viz: “Sacramento doesn’t seem able to pass a budget…the Sacramento crowd…my message to Sacramento is simple,” etc. We’ll double check the GPS, but isn’t the Insurance Commissioners’ office in the River City?

As a quantitative matter, however, it should be noted that Poizner earned bragging rights as the biggest outsider among insiders on special election day: Stevie Wonder finished first in the pack of wannabe governors in the number of pre-election positions on the props that agreed with those of the angry electorate.

Among the GOPers, Poizner took the same stance as voters on five out of the six measures (he went no on everything, including Prop. F), while Meg Whitman got four of six right (she backed the defeated Props. 1D & 1E), and Tom Campbell batted only .333 (he supported 1A, 1D & 1E and opposed 1F).

Among Dems, Gavin Newsom led the way with three of six positions that agreed with the voters (he whiffed on 1A, 1B and 1F), while the establishment stances of Jerry Brown and Antonio Villaraigosa made each of them 1-for-6 (they both backed Prop. 1F).

This just in: Five days before the election, Gov. Arnold presented his scary budget alternatives to Californians with about as much noise and flourish a governor can muster in the middle of the day, complete with a packed-to-the-rafters Capitol press conference, videocast and reams of financial documents posted in real time.

Yet Reuters news service mysteriously delivered word of Schwarzenegger’s plan to sell off state landmarks with this weird lede, which read like a dispatch from Antarctica:

“California governor Arnold Schwarzenegger is planning the sale of some state properties including the Los Angeles Memorial Coliseum, San Quentin State Prison and the Orange County Fairgrounds to raise cash,the Los Angeles Times said, citing a copy of a proposal.”

Damn those sneaky devils from the L.A. Times and their damnable investigative reporting!

Yo Reuters! Calbuzz sez check out this whole internets thingy

Management by objective: The East Bay Express is a pretty good paper, and carried a pretty good zinger on Jerry Brown after Obama this week hired Rosie Rios to be the Treasurer of the United States. Brown, it seems, fired Rios as Oakland’s a top economic development official when he was mayor, giving the Express this kicker to their piece:

“How about this for a gubernatorial campaign slogan? Jerry Brown: Keen Eye for Talent.”

After the story published, Garry South, chief strategist for Newsom, and the hardest workin’ spinner in show business, e-blasted it, then worked the refs for good measure, complaining that no political reporters had followed it up.

Given Newsom’s history of, um, exhausting his administrative remedies with a staff member, is “Keen Eye for Talent” really the line of attack his campaign wants to take against Brown? We’re just askin’.

Everyone in the pool: Final, final tallies from the Calbuzz Election Night Pool Clambake and Crab Boil shows the winner’s circle shapes up this way:

1st Prize – Jim Sweeney.
Sweeney missed the exact order of finish for Props 1A-1E by just 0.005%, the only entrant to get more than two of the five positions right. He finished second in winning percentage for Prop. F, and his 23.5% turnout prediction just missed nailing the 23% reported by SOS Debra Bowen. A professional ranter at the Sonoma Press-Democrat, Sweeney wins a free rant here, plus two Calbuzzer buttons.

2nd Prize – Kevin Dowling
Dowling won the Yes-on-F category, as his 75-25% prediction came closest to the actual 73.9-26.1% finish. He tied for second on the other two questions. A Hayward city councilman, he wins two out-of-print books by old white guys, plus a Calbuzz button.

3rd Prize – Shane Maharaj
Maharaj had a solid ticket throughout, tying for second on questions #1 and #3 and finishing third on question #2. A legislative aide to Rep. Bob Filner, D-San Diego, who’s now based in Washington, he says he is “a Sacramentan and a Californian through and through.” He wins a Calbuzz button and maybe some out-of-print books if we find any extras laying around.

Congratulations to the winners and thanks to all for playing.

View From the Right: Curious to know how the reddest of the red-blood conservatives saw the election? Check out Jon Fleischman’s take on winners and losers.

Jim Sweeney, veteran editorial writer for the Sonoma County Press-Democrat, held a solid lead in the Calbuzz Special Election Pool tonight, with about 50 percent of the vote counted.

It was a humiliating night for Gov. Schwarzenegger and the Legislature, who saw their quintet of budget fix propositions resoundingly voted down across the state.

But it looked like a good night for Sweeney, the only player whose pool entry matched the early vote order for the five props:

But with Props. 1E and 1A less than a percentage point apart, it was still too close to call the pool, at least for a Calbuzzer who edited an early edition story electing Tom Bradley the first black governor of California in 1982. Still, Sweeney strengthened his front-runner position by also running strong on Prop. 1F, where he had predicted a 75.7 percent “yes” vote, only four-tenths of a percent lower than the actual vote at this hour.

We’ll post our analysis of the actual election at 12:01 a.m.

As excitement over Tuesday’s special election neared fever pitch, the Calbuzz Department of Survey Research reported that more than 40 percent of those entering the site’s Plenty of Free Parking Election Night Pool predicted Prop. B would score the strongest among five budget measures on the ballot.

In response to Question #1, which asked entrants to rank the order of finish of the five budget props, Calbuzzers offered 15 different combinations, with only three sequences winning support from at least two entrants. The most popular sequence, submitted by 25 per cent of those entering was:

On Question #2, which asked the final percentage vote on Prop. F, aimed at denying pay raises to state officials in years of deficit, predictions ranged from 22 percent to 83 percent, with a large majority of Calbuzzers saying the measure would win somewhere between 63 and 79 percent.

As for the tiebreaker, predicting voter turnout for the election, entries ranged from 15 percent to 42 percent.

The margin of error is zero. More later. 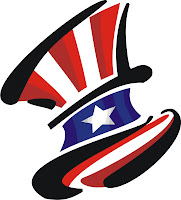 With the special election carrying less suspense than a Globetrotters game, here’s a contest designed to give Calbuzzers a rooting interest to stay awake through the 11 o’clock news Tuesday.

Email your answer to these three questions (mail to: Calbuzz) to qualify for Big Prizes; you need not (in fact you better not) be present to win; friends and family members of Calbuzz employees are TOTALLY eligible to win.

2-What is the final, election night, statewide percentage vote on Proposition 1F? Example:

3-(Tiebreaker) What will be the statewide turnout figure provided by Secretary of State Debra Bowen?

1st Prize: 1 free rant. Overall winner gets 500-word “I’m just sayin’” rant on the subject of his or her choice published on Calbuzz. Plus: 2 Free “I’m a Calbuzzer” buttons.

2nd Prize: 1 copy each of “Movers and Shakers: The Study of Community Power” and “Never Let Them See You Cry: A Biography of Dianne Feinstein” by Calbuzzers Phil Trounstine and Jerry Roberts, respectively. Plus: 1 free “I’m a Calbuzzer” button.

3rd Prize: 2 copies each of “Movers and Shakers” and “Never Let Them See You Cry” or 1 free “I’m a Calbuzzer” button, depending on what the judges feel like giving away.

All entries must be received at Calbuzz World Marketing Headquarters and Storm Door Company by 6 pm Tuesday, May 19. Thanks for playing!