As the 2010 field for governor takes shape, the top Republican contenders are a pair of successful former Silicon Valley businesspeople, each armed for the campaign with a self-made fortune.

Both Meg Whitman, who scored big at eBay, and Steve Poizner, who made his pile as a high-tech innovator, begin the race with the wherewithal to spend whatever it takes to win. If past is prologue, however, Whitman and Poizner will both end up political losers.

Industrialist Norton Simon set the bar low for wealthy candidates in California when he tried and failed to oust Senator George Murphy in the 1970 GOP primary. Liberal shipping magnate William Matson Roth kept the losing streak intact when he lost the 1974 Democratic gubernatorial primary to a guy named Jerry Brown.

Since then, three wealthy businessmen who would be governor – Al Checchi (1998) Bill Simon (2002) and Steve Westly (2006) spent big but finished out of the money. So did Michael Huffington, who spent $100 million in losing to Sen. Dianne Feinstein in 1994, and Darrell Issa, who forked out millions of his car alarm fortune to stumble in the 1998 GOP Senate primary.

Gov. Arnold Schwarzenegger is the only self-funded candidate who’s made it to a top sl

ot. However, he short-circuited the odds by avoiding a primary, where the Republican right wing would have battered him, to capture the governorship in the anomalous 2003 recall (funded largely by Issa) of Gray Davis.

“The problem is that there’s an innate suspicion about people running without a history in politics,” said Bill Carrick, a California-based political strategist who crafted Feinstein’s 1994 campaign defense against Huffington’s millions. 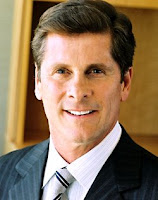 It is instructive that Feinstein prevailed with a bit of political ju-jitsu, transforming Huffington’s limitless resources from an asset into a liability, with TV attack ads that labeled him “a Texas oilman Californians just can’t trust.”

“There’s a group of voters who find the outsider, business candidate attractive,” Carrick said. “They’re white men over 50, with anti-establishment political views, who don’t like the status quo. But it never gets beyond that universe.”

“They have too much money,” South said, noting that without normal budget constraints, rich candidates often fail to develop a coherent message or target it to voters. Checchi’s consultants, for example, produced a staggering 102 TV spots in 1998, airing 42 of them. Said South: “They think they can say everything about themselves to everybody.”

Unlike professional politicians, wealthy rookies lack a group of seasoned advisers, “so they go out and hire everybody in the Western Hemisphere and wind up with a big bloated campaign team with no real chain of command,” South said, adding that successful executives often underestimate the difficulty of running for office.

“They think because they’re successful in business, they’re smarter, better and more clever than anybody in politics,” he said. “They honestly don’t get that the things that they’re most proud of in their business life don’t compute in the political world.”

But Republican consultant Rob Stutzman, who works for Whitman, the richest of the current candidate crop, argued that as political reforms have squeezed contribution limits, individual wealth is almost a prerequisite for running in California .

“You have to have self-funding in order to run credibly statewide,” he said. “You can’t raise enough money at a fast enough clip to compete.”

Whitman strategists emphasize that she (like her rival, Insurance Commissioner Poizner) is aggressively raising money to supplement self-donations.

“Meg believes there have to be investors in the message and the mission,” said spokesman Mitch Zak, predicting that she will raise $5 million in outside contributions to go with $4 million she’s kicked in herself, by summer.

Although a third wealthy candidate – Guess Jeans co-founder Georges Marciano – plans to run as an independent, polltaker Mervin Field foresees that the economic meltdown will create a daunting political climate for rich candidates of every stripe.

“The state is in one hell of a mess,” Field said. “I believe voters will be looking for someone with a different resume.”

This article is also scheduled for publication in the San Francisco Chronicle on Monday, May 4.