Delegates to the California Democratic Party cast a contentious key vote Friday in favor of all six of the ballot propositions on the May 19 ballot – but the hottest action on opening night of the Sacramento convention came at the A-list party hosted by Calbuzz staff psychiatrist Dr. P.J. Hackenflack.

Following heated debate, the vote by the party’s Resolutions Committee was a victory for the Democratic establishment, and came over the objections of grass and netroots delegates who fiercely oppose the half-dozen budget measures 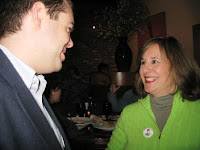 put on the ballot by Governor Schwarzenegger and Democratic legislative leaders; the volatile debate is expected to resurface Sunday, when resolutions are to be voted on on the convention floor.

The atmosphere was far friendlier a few hours later at Lucca, the fashionable J-Street restaurant where the esteemed Dr. H welcomed political and media luminaries for the First Annual Meeting of the Dr. Hack 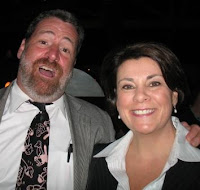 enflack Senior Advisory Board. After consuming 13 or 14 cocktails in the bar, members of the group adjourned to a private back room for their choice of penne pasta, chicken risotto, grilled salmon and braised short ribs. The event was graciously underwritten in part by a bipartisan coalition led by Alpha consultants Gale Kaufman and Donna Lucas, who picked up the tab for a number of deadbeats who ate and ran. (We know where you live, weasels.) Also kicking in was top drawer Sacto consultant Jason Kinney. 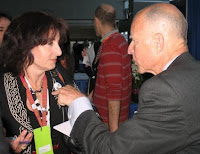 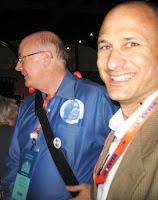 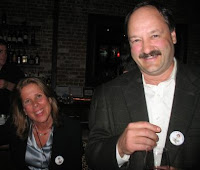 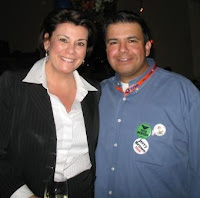