Cal Forward: We ‘Make No Change’ in Sinclair

Last week, Calbuzz stirred up a hornet’s nest by reporting that one of  California Forward’s proposed constitutional initiatives would effectively overturn the Legislature’s ability to raise fees with a majority vote as granted by the courts in the Sinclair Paint case. In doing so, we cited Section 7 of one of their two proposed measures. It amends Section 3 of Article XIII A of California’s Constitution to specify that a two-thirds vote of the Legislature would be required to replace, with a fee, any “revenue…that was generated by a tax” the previous year. Cal Forward squawked about our piece, so  we offered them a chance to explain why our analysis was wrong. Here’s their response which simply asserts they’re making “no change.” But their argument begs the question: If it’s true that the measure would “make no change” in Sinclair, why is Cal Forward seeking to, uh, change it? We stand by our analysis.

In the hyper-partisan world of California politics, folks aren’t quite sure what to make of California Forward and our plan to reform state government.

Critics on the left object that our plan doesn’t make it easier to raise taxes.  Critics on the right complain that it won’t let a minority of the state’s lawmakers continue to hold up the state budget.

They’re both right – but both are also missing something important about this effort: Our plan doesn’t lend itself to the typical scorecard that attempts to tally winners and losers on one side or the other.

Why? Because its fundamental orientation comes from neither the left nor the right. It doesn’t seek to tilt the playing field in either direction. It is instead, quite simply, a plan to make California’s government work again.

Take for example, the partisan wrangling over fees. As Calbuzz noted last week about the Sinclair Paint court decision, the Legislature needs only a simple majority to impose fees when a nexus exists between the regulatory program being imposed and the payer of the fee.

Conservatives have long viewed this authority as an end-run around the two-thirds majority vote requirement for raising taxes. These concerns were heightened late last year when Democratic lawmakers attempted to impose a multi-billion dollar fee that would have replaced the state’s current gas tax, and simultaneously raised other taxes, all by majority vote.

After much debate, the leadership of California Forward agreed its reform initiatives plan should make no change to the Legislature’s authority under Sinclair Paint.

Instead, the plan requires a two-thirds vote only on a fee that replaces revenue previously generated by a tax.  The good folks here at Calbuzz read this provision differently than the bipartisan legal team that helped California Forward craft our proposals. No surprise there.

But there’s also no question about our intent, which was to raise the vote requirement only in those rare instances where lawmakers impose a new fee to replace an existing tax – forestalling the kind of “triple flip” that was attempted last year.

Those who expect our reform initiatives to mark just one more round in the ongoing partisan battle royale are likely to be disappointed.

That’s no accident. The members of California Forward’s bipartisan Leadership Council believe strongly that the problems facing our state won’t be solved by politics as usual, where the parties and the special interests square off against each other, dig in their heels and get nothing done.

You don’t have to be a policy expert to know that one of the biggest problems we face is California’s inability to approve a sensible state budget on time. Our first proposal, the Best Practices Budget Accountability Act, makes some practical, common-sense changes to end budget gridlock by taking sound practices from other states and applying them to California. Among them:

– Pay-As-You-Go – Requiring leaders to make hard choices by identifying right from the start how any new program would be paid for.

– Reduce Inefficiency and Waste – Requiring the Governor and Legislature to set clear goals for every program, measure its effectiveness, and fix or cut what doesn’t work.

– Pay Down Debt – Setting aside funds from occasional spikes in revenues to pay off debt.

– Majority Vote Budgets – to keep a small minority of politicians from holding up the budget for the entire state, but requiring a two-thirds majority for any tax increase.

– No Budget, No Paycheck – Requiring all legislators to forfeit their salary, travel and living expenses whenever they miss the budget deadline.

A second measure, the Community Funding Protection and Accountability Act, shifts power away from Sacramento and gives more responsibility to local government. It protects local tax dollars that belong to counties, cities and schools from being redirected to balance the state budget, and gives local officials new incentives to work together, eliminate overlapping programs and become more efficient.

The stakes in this debate may not be partisan, but we believe they’re high enough.

We all take pride in the fact that California has always led the way – in technology, education and quality of life.

But year after year of structural budget deficits, accounting gimmickry and a lack of clear priorities has shaken our confidence in ourselves and threatened our standing in the world. Our role as a national leader is in jeopardy.

We don’t need another partisan cat fight. We need a plan that gets California moving again so California can lead again — and that’s what California Forward is bringing to the table.

Robert M. Hertzberg and Thomas McKernan are co-chairs of California Forward, a nonpartisan reform group supported by contributions from California foundations. Their web site is www.caforward.org. 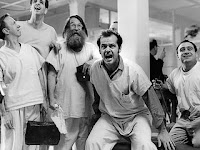 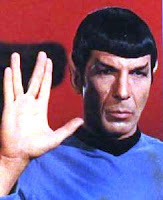