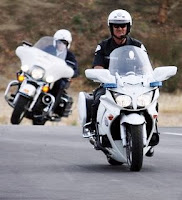 The little-noticed move makes Feinstein the only Democrat in the California congressional delegation to withhold backing for the Employee Free Choice Act.

As a policy matter, the measure would make it easier for employees to organize unions; as a political one, it would give President Obama, who campaigned in support of the legislation, and majority Democrats in Congress, a visible achievement on behalf of workers at a time of seething public anger at CEOs and corporations.

A co-sponsor of the legislation in the last Congress, Feinstein in recent days has been the target of an organized netroots campaign to pressure her into coming out in favor of the bill. The online effort came during a three-day Capitol Hill lobbying effort by the Teamsters, which sent a delegation to her office Thursday.

While Feinstein does not face re-election until 2012 as a senator, her flip-flop on labor’s most crucial legislation would be problematic in a contested Democratic primary for governor — another sign that she is unlikely to enter the race for governor next year.

Given the political stakes of Feinstein’s action, it’s surprising how little notice it received, no doubt one of the reasons her statement was released on a Friday afternoon. Beyond a few liberal blogs, James Oliphant of the L.A. Times Washington bureau was the only mainstream media reporter to file on it, in a piece his editors played inside the A section.

“I have thought for some time that the way to approach this issue is by trying to see if there can’t be a compromise between the business community, the agriculture community and labor,” Feinstein’s statement said. “This is an extraordinarily difficult economy, and feelings are very strong on both sides of the issue. I would hope there is some way to find common ground that would be agreeable to both business and labor.”

Merits of the legislation aside, Feinstein’s can’t-we-all-get-along statement is breathtaking in blithely ignoring a) what some might term, uh, the fundamental contradiction between capital and labor and b) the fact that the “extraordinarily difficult economy” is a key reason organized labor is pushing for the free choice act, which was introduced on March 13. According to the AFL-CIO’s home page blog, “(W)orkers who belong to unions earn 28 percent more than non-union workers. They are 52 percent more likely to have employer-provided health coverage and nearly three times more likely to have guaranteed pensions.”

As a communications matter, business and corporate lobbyists won the framing debate on the issue. They succeeded in short-handing the bill as “card check” and in focusing media attention on a provision of it that would allow a union to be certified without an election if a majority of employees signed union cards. The bill also would increase penalties for firing workers for participating in an organizing campaign and require companies to submit to arbitration if they could not reach agreement on a contract with a newly certified union after four months. The latter is perhaps the biggest concern for business.

Feinstein’s move came one day after Pennsylvania Senator Arlen Specter announced on the Senate floor that he would not support the labor law reform. Taken together, the loss of the two Senators is a major tactical defeat for its sponsors, because they need 60 votes to move it out of the Senate to the House, where it was expected to pass more easily. Specter was the one Republican that labor hoped to get to vote in their favor, in addition to all 59 Democrats (assuming Minnesota’s Al Franken gets seated sometime this century).

A proposed “third way” compromise was put forward last week by executives from Whole Foods, Costco and Starbuck’s, but labor leaders denounced it as a pro-business gutting of their proposal.

Feinstein’s position is in sharp contrast to Senator Barbara Boxer, who gave the kickoff speech last week at a Washington convention of Teamster organizers who gathered to lobby Congress on the free choice act.

Boxer was introduced by Teamster President Jim Hoffa as “our friend” and one of 41 senators who have signed on to the bill as co-sponsors. “For me, it’s a family thing,” Boxer said, adding that her husband’s father had been a Teamster. She said she was behind the bill “for the good of the country and for a strong middle class.”