By pledging to release his income taxes for public inspection, Steve Poizner has set a trap for Meg Whitman: If she doesn’t release them, you gotta ask, “What’s she hiding?” And if she does, we can expect a treasure trove of damned interesting reading.

To wit: The question raised by the California Accountability Project – a wholly owned, million-dollar subsidiary of the Democratic Governors Association – “Is Meg Whitman still shifting her millions into offshore tax havens to avoid having to pay her fair share?”

In a tidy op research package — tied up in a bow and delivered as a “Memo to Reporters: Meg Whitman’s Bermuda and Cayman Islands Tax Shelters; Why She Must Release Her Taxes”‏ — Nick Velasquez of the CAP showed what’s needed to take a good whack at Meg is already in the public domain.

“According to documents filed with the Internal Revenue Service, in 2007 Meg Whitman’s charitable foundation invested $4 million offshore, in Hedge Funds based in Bermuda and the Cayman Islands,” Velasquez wrote. Then he proceeded to provide citations for every charge in the missive, including this one. (in pdf).

Archipelago Holdings, Mason Capital, TPG-Axon Partners – all in Bermuda or the Cayman Islands, and all with a kind of, um, fishy odor, sitting there in the Griffith R. Harsh IV and Margaret C. Whitman Charitable Foundation – per her foundation’s 2007 and 2008 tax returns, according to our old friend Ken McLaughlin of the Mercury News.

Is eMeg one of those sneaky billionaires who’s sheltering income in offshore investments? Is she trying to avoid paying taxes that most citizens have to pay? Can we trust her to manage California’s budget if she won’t show us how she spend her own money?

For eMeg, these kinds of nagging questions can be cumulatively damaging if they go unanswered. As a practical matter, ordinary folks fork over their tax returns every time they apply for a mortgage or car loan or money for their kid’s college, so sympathizing with the sanctity of a rich person’s demand for privacy about their returns is a bit of a stretch for most voters.

Which is why you can almost hear the doomsday baritone in the Poizner ad:

“What does Meg Whitman have to hide?”

It’s time for your close-up, Commish: In an interview with the AP’s Juliet Williams, Poizner took issue with anonymous sources recently quoted by the Contra Costa Times (and deconstructed by us) to the effect that The Commish intended to wait until May to start advertising on TV.

Writing that Poizner now is “set to launch an aggressive television advertising campaign to counter months of advertising by billionaire rival Meg Whitman,” Williams reported that:

Poizner acknowledged that Whitman has had free rein to define herself to voters in part because of his failure to launch a paid media campaign but he said that would soon end.

Whitman has given her campaign $39 million so far and has been spending at an unprecedented pace. Poizner, a multimillionaire who developed GPS chips for cell phones, said Tuesday that he will add to the $19 million he already has given his campaign.

It isn’t clear from his comments how soon “soon” might be, however. We hear nothing is imminent in terms of advertising, and the campaign may in fact be dark for several weeks. Which all right-thinking people agree would be a miscalculation.

Job one for Team Poizner right now is to reassure his supporters, as well the media and political  professionals, that he’s in the race for real. Nothing would make that point more clearly or swiftly than putting a couple million dollars on the air right here, right now.

Hoping that eMeg takes a few hits from the Jerry Brown IE’s is wishful thinking – we hear there’s no there there yet, cashbox-wise – and while eMeg may take a few love taps from editorial writers over the tax disclosure issue, what will be gained by waiting, if the game plan is to “spend it all?” Inquiring minds want to know.

(Memo to Poizner Accounting: Kindly remember to pay that Calbuzz ad invoice before spending it all.) 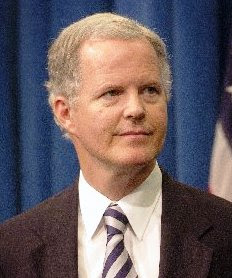