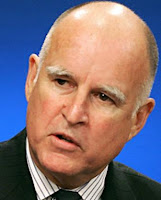 Dr. P.J. Hackenflack, Calbuzz staff political psychiatrist, has received a load of letters about the candidates in the 2010 California governor’s race. At the urging of the Calbuzz Senior Executive Management Team, he agreed to share a few with our readers.

Dear Dr. Hackenflack,
How can Jerry Brown be governor? Isn’t there some law against a guy holding the top office twice in the same life?
– Wondering in Willits
Yes, but Jerry enjoys immunity, having slipped through a breach in the space-time continuum, which taught him there is no past or future, only now.

Sir,
I saw a TV ad with Gavin Newsom telling people they should accept gay marriage regardless of how they felt about it. Does that mean I have to vote for him even if I like somebody else?
– Bruce from Burlingame
Yes you do, according to Newsom adviser Garry South. Whether you like it or not.

Hi Doc,
I know Meg Whitman was CEO of eBay but I don’t get how that prepares her to cut deals with legislators, manage hot button social issues or lead an economic behemoth like California.
– Skeptical in Stanislaus
Me neither.

Dear Dr. H,
I hear that Antonio Villaraigosa is planning to run, even though he just told voters in L.A. he really, really wanted to be re-elected mayor. Why is he doing this?
– Juanita, San Joaquin
He heard that Telemundo has a new reporter on the political beat.

My Dear Doctor Hackenflack,
How can Jerry Brown be governor – isn’t he older than the Oakland Hills?
– Dianne in Presidio Terrace
Definitely not. It’s true that Jerry is older than the ball point pen, but when the Oakland-Bay Bridge opened, he was already two.

Wussup Doc,
Steve Poizner might be, like, totally awesome, but he’s, like, the insurance commissioner? Isn’t being governor, like, sort of a big next step?
- -Tiffany in Tujunga
Yes, but Gray Davis provides a great example of how to ride a cheesy statewide office into a failed governorship.

To: Dr. P.J. Hackenflack
From: Bert in San Jose
It is my understanding that Tom Campbell has not raised much money and is campaigning primarily by writing a blog. Does being a blogger qualify him to be governor of our state?
Who cares, as long as he links to calbuzz?

Dear Doctor,
When Arnold became governor he called Democrats “economic girlie men,” but he turned out to be kind of a wimp himself. What he will do when he leaves office?
– Maria, Los Angeles
Work tirelessly to promote the metrosexual agenda.

DH,
How can Jerry Brown be governor – isn’t he like gum on your shoe?
– Anne from Oakland

one of the top three political web sites in California, along with Flashreport and Calitics. But there is one web site that wasn’t named that — in our opinion — is a vital resource for anyone following California politics. That’s Rough & Tumble, by Jack Kavanagh.

Jack has been pulling together the most relevant California political news on his site for years — day in and day out. He’s fair, open-minded and one of the hardest-working guys in the business.

Jack’s web site generates 18,000 to 20,000 page views a day: it’s tremendously successful and rightfully so. It’s the granddaddy of California political sites. (There are many other great sites, but Jack’s is in a class by itself.)

Calbuzz is indebted to Rough & Tumble: More people come to our site from Rough & Tumble than any other single source. We urge Chris Cillizza, who publishes “The Fix” for the Washington Post to add Rough & Tumble to his list of top California sites. 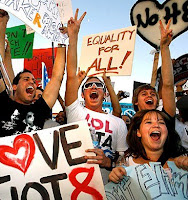 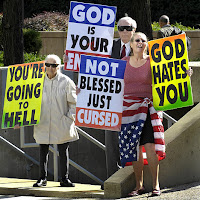 Less than a month into the mission (and even before our redesign), calbuzz.com was named one of the top three political blogs/sites in California Thursday, by The Washington Post’s “The Fix,” written by that paper’s top blogger, Chris Cillizza.

As the ultimate insider’s insider journalist in Our Nation’s Capitol, Cillizza publishes an annual list of “the best political blog (or blogs) in each of the 50 states.” In his updated list, which appears on the home page of his blog every day, Cillizza put calbuzz in the Golden State’s top tier, joined by our friends at FlashReport and Calitics, both featured in our blogroll.

Cillizza made his selections based on recommendations of readers, which means we got a bunch of support from calbuzzers across the state. We hugely appreciate not only your readership but also the great contributions made by calbuzz contributors from every point on the political spectrum, from Fred Keeley to Dan Schnur, from H.D. Palmer to Jude Barry.

You can see Cillizza’s entire list here. Thanks again for your support.