Further, We Look at Sotomayor and The GOP React

Attorney General Jerry Brown summed up most succinctly the impact of the California Supreme Court’s decision upholding the Proposition 8 ban on gay marriage in California.

“The courts have basically put the ball in the political arena and that’s where it’s going to be decided,” said the AG, whose office had fecklessly argued the case against the voter-approved constitutional amendment before the Supremes.

Swift reaction to the decision, both from the pro-gay marriage forces and from the potential candidates for governor, underscored Brown’s point: the contentious issue –- which pretty much splits California voters down the middle — will be an indelible part of the 2010 election season.

Supporters of gay marriage already announced plans for a 2010 initiative to reinstate the constitutional right of same sex couples to wed (although cooler political heads suggest that 2012 would be strategically smarter). Click Click

With Democrats mostly favoring same sex marriage and Republicans generally opposed, a ballot fight amid the governor’s race would energize activists on both sides, boosting turn-out and locking contenders into positions guaranteed to alienate half the electorate.

Although not a surprise, Tuesday’s Supreme Court decision sprang open the gate on Prop. 8 as a major issue shaping the governor’s race as a red state-blue state contest inside California.

San Francisco Mayor Gavin Newsom immediately declared “it’s our job to make sure history moves faster towards equality here in California,” taking to the mighty Huffington Post to blog a call to arms for a gay initiative.

While Prince Gavin clearly views himself as a man of history, for triggering the gay marriage debate by authorizing same sex weddings in San Francisco in 2004, he didn’t mention how he personally galvanized the Yes-on-8 campaign with his smug and smart-ass “whether you like it or not” comment when gay marriage was briefly legal last spring.

Brown, running hard against Newsom to capture the gay marriage primary, also promised to support a measure to ensure that same sex couples have the right to wed.

Ever the consummate political creature, he said he isn’t sure whether the strongest play would be in 2010 or 2012, when presidential year turnout for Obama’s re-election might better boost chances of passage.

Los Angeles Mayor Antonio Villaraigosa pronounced himself “confident that this state will have a change of heart, will reiterate its broader commitment to justice for every citizen, and will overturn this unjust ban at the ballot box.”

Stirring rhetoric, Tony V, but are you talking as a mayor or a candidate for governor? 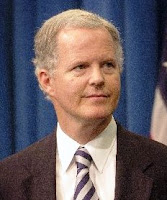 On the Republican side, pro-gay rights law school Prof Tom Campbell said he personally believes “gay Californians should have the same rights as straight Californians, including the right to marry.” But, he quickly added, acknowledging the obvious, “The people of California have the right to amend their own Constitution. Whether or not we agree with the policy behind any particular provision, there should be no doubt that ultimate sovereignty rests with the people.”

Talk about your profiles in courage.

Insurance commissioner Steve Poizner – who took NO public position on Proposition 8 that Calbuzz could find before last November’s vote (this SacBee piece seems to confirm that) – suddenly found the cojones to oppose gay marriage.

“The California Supreme Court took the appropriate action today in upholding the will of the people by affirming Proposition 8. The people of California have spoken. They voted decisively that marriage should remain between a man and a woman,” Poizner declared. “That is also my personal view.” 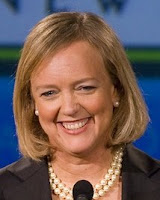 Surely not former eBay CEO Meg Whitman, who opposed gay marriage by supporting Proposition 8 and who suggested – inexplicably — that Tuesday’s decision ranked right up there with Brown vs. Board of Education or Marbury vs. Madison.

“I believe the California State Supreme Court made the right decision. Last November, the people of California passed Proposition 8, and today the Court upheld their decision,” she said. “This simple yet powerful fact is the foundation of our democracy. Regardless of one’s position on the measure, this ruling gives people confidence that their vote matters and can make a difference.”

Obama’s Pick for Supreme Court Confronts Reeps With a Problem

As if the state needs more political polarization, President Obama’s nomination of a Latina judge to the U.S. Supreme Court reminds us that Californians know the political impacts when Republicans, rightly or wrongly, are perceived as lining up against the interests of Latinos.

Former Gov. Pete Wilson may only have been opposed to illegal immigration in 1994. But with his ominous and iconic “They Keep Coming” ad, which showed Mexicans sneaking across the border, added to his aggressive push to restrict the rights of immigrants in Proposition 187, he became known on the streets of Mexico City and East LA alike as “hijo de puta.”

To say that the GOP ever since has been poisoned in California is gross understatement: The question now is whether Republicans – by vocally opposing Judge Sonia Sotomayor – want to do for themselves in Texas, New Mexico, Arizona and Florida, what Wilson et. al. did for their party in California?

Initial responses appear to answer in the affirmative. Here’s the text of an ad produced by the conservative Judicial Confirmation Network, referring to an affirmative action case out of New Haven:

“Sonia Sotomayor, who didn’t give a fair shake in court to firefighters deprived promotions on account of race. Every American understands the sacrifices firefighters make. But on Sotomayor’s court, the content of your character is not as important as the color of your skin.”

This approach, according to some current and former Republican strategists, is totallyfriggininsane.

Republican strategists say the GOP needs 35-40% of Latino voters to be competitive nationally. And here’s what Sotomayor looks like to many of those voters, for whom her biography is a source of pride.

Child of parents born in Puerto Rico… Grew up speaking mostly Spanish… Raised in a public housing project in the South Bronx in the shadow of Yankee Stadium… Father died when she was 9… Graduated summa cum laude in 1976 from Princeton after winning a scholarship to the school… Earned her law degree from Yale in 1979, where she edited the Law Review… New York District Attorney’s office in the early 1980s…Currently serves on the Second Circuit in New York and was appointed to that position by Bill Clinton. BUT she was appointed to her first federal court appointment by President George H.W. Bush (link to NBC’s First Read)

Calbuzz asked USC’s Dan Schnur, one of the smartest guys in the room – and a former Pete Wilson communications director – how the Republicans can oppose Sotomayor without further alienating Hispanics and falling into the Prop. 187 trap:

“They can’t,” said Schnur, now director of the Jesse M, Unruh Institute of Politics. “There’s no way to oppose Sotomayor on the merits without it being portrayed to Hispanic-American voters that it’s a matter of race,” he said.

Matt Dowd, another very smart Republican with experience in California (having helped elect Gov. Arnold) told the New York Times the Republicans can’t even be seen as threatening Judge Sotomayor.

“Because you’ll have a bunch of white males who lead the Judiciary Committee leading the charge, taking on a Hispanic women and everybody from this day forward is going to know she’s totally qualified,” he said. “It’s a bad visual. It’s bad symbolism for the Republicans.”